This drawing by Jimi Hendrix is coming up at Omega Auctions, Newton Le Willows, Merseyside in their Music Memorabilia sale, this Tuesday September 11th.

It’s drawn in black biro on a yellow legal notebook, with some lines at the top – Hello night bird – How was your day? – Did you visit the gods in the vally’s far away? What did you bring me in your visit from the seas.

Below is a psychedelic sketch of a winged female head, circled by the words MAKE LOVE TO ME, the word love ringed with bells, and a huge python-like penis snaking out at the viewer between a shagging couple and flowers with rampant stamens.

The lines ‘Hello night bird…’ don’t figure in any of Hendrix’s known songs, and Omega suggest that they are working lyrics. The drawing was at Sotheby’s three years ago (Rock and Pop sale September 29th 2015 lot 78 £8,000 – 12,000 bought in) – when the auctioneers noted that Hendrix’s song Night Bird Flying was recorded at Hendrix’s Electric Lady Studios in New York in August 1970, only weeks before his death in London on September 18th.

The lyrics of Night Bird Flying are different, but the mood is the same as the drawing.

She’s just a nigh bird flyin’ throught the night
Fly on
She’s just a night bird making a midnight, midnight flight
Sail on, sail on
Well, she’s flyin’ down to me
But, ’til tomorrow got to set her free
Set her free

So all we got, baby, is one precious night
All we got is one precious night
Throw your blues and shoes and things
And lay it down under the bed
Just wrap me up in your beautiful wings,
Better hear what I say, yeah
Oh, carry me home
Please take me through your dreams
Inside your world I want to be

Until tomorrow no tears will be shed
Hold on ’til the sun gets out of bed
Hold on, hold on, baby
Fly on

So the lines on the drawing might be preliminary lyrics for the song. But they would also be familiar to New Yorkers at the time, at least to the listeners of WNEW-FM’s graveyard-shift, as the way the Nightbird signed off her show at dawn. Alison Steele was one of the first female radio DJs, a pioneer and one of the few radio presenters to be inducted into the Rock and Roll Hall of Fame. She had a huge audience for her eclectic lineup of phone-ins, hits like Genesis, more experimental music like Tangerine Dream, and poetry that she recited to her French poodle. Her trademark sultry voice was honed by smoking small cigars – think Adrienne Barbeau in The Fog, the 1980 original not the remake, ‘This is KAB Antonio Bay-‘ and she was a radio icon for over a decade, voted Billboard magazine’s radio personality of the year in 1976.

Hendrix’s manager Michael Jeffery said that Night Bird Flying was inspired by her show, and this drawing seems to be further evidence of it. The words circling RKO Pictures-style about the winged head are a classic visual shorthand for a broadcast, and the likeness in Hendrix’s drawing is a fair match for Steele herself. 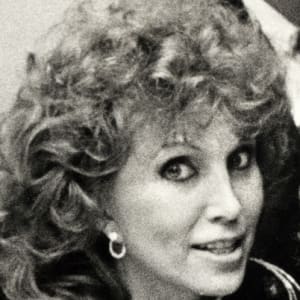 I don’t know whether Steele and Hendrix ever met – there’s no suggestion of it. The sexual frenzy of Hendrix’s drawing comes purely from the power of Steele’s voice and her radio personality, as seductive as any woman in the flesh. More so perhaps. Hendrix’s then-girlfriend Devon Wilson has written on it I brought you me! Devon.