Just been looking at Lyon and Turnbull’s sale, (British and European paintings May 24th 2017). These three  jumped out at me. 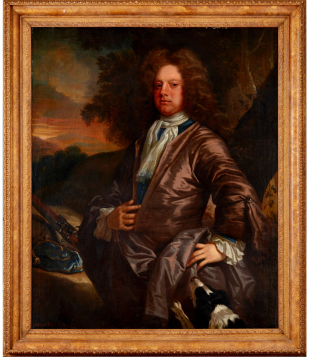 I remember this painting because the pose of the hand is similar painted to the more broadly-sketched hand in Closterman’s self-portrait. 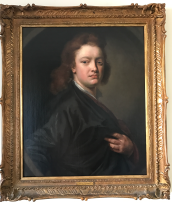 The estimate is too much for us, but it’s extraordinary that you if you wanted you could get a thumping piece of English Baroque portraiture for the same price as a top end flat-screen TV. It has something of all Closterman’s best bits – stunning Arcadian landscape, fantastic drapery, haughty but still human characterisation (you can imagine him laughing loudly off-duty), a superbly painted dog – really believable pose and a stunning highlight in the white of the fur – and the walnut gun-stock that is such a feature of his best hunting portraits.

The next lot that grabbed me was this portrait of a lady by John Riley. (lot 41) 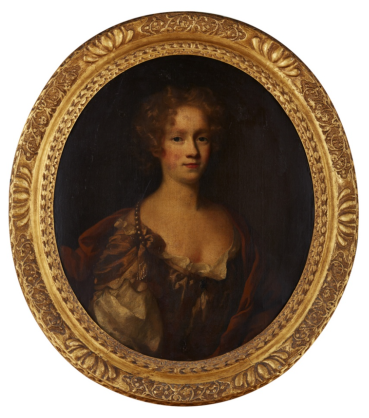 The estimate – £7,000 – 9,000 – is pretty healthy. Closterman might reflect on it, wryly.  He was in partnership with Riley from about the mid-1680s to Riley’s death in 1691 (Rogers 1983 pp. 226 – 228). George Vertue – who collected the art-world’s oral history in his famous Notebooks – describes how Riley painted the faces, and Closterman did the draperies. On paper it looked like a good arrangement. They got £20 each for a full-length, and £10 for a three-quarter. Head-and-shoulders portraits, like this lady at auction, cost £10, but they weren’t split down the middle:

‘for both paying equal charges in their housekeeping… Closterman had the worst. & had not Riley died he might have been in debt. & the other grown rich because Riley did 10 heads to one whole lenght. or two half-lenghts. & for each head Closterman was only to 30 shillings for painting the drapery.’

This is a polished anecdote, smoothed by repetition, and the true situation was less unfair. Closterman learnt the mechanics of running a successful studio from Riley. His work from the mid-1680s onwards is heavily influenced by Riley, and when Riley died he inherited a fashionable portrait practice.

The Lyon and Turnbull portrait looks as though it is slightly earlier, perhaps in the late 1670s, and the beautiful drapery looks like Riley’s own. The auctioneers market Riley rather well in the catalogue entry, stressing his subtle, tender characterisation, and his importance as a successful Londoner at a time when the great Court painters were from the Continent. Riley is overlooked a bit these days, so good for them. Unfairly when you think of a masterpiece like the portrait of Elias Ashmole painted in 1682. 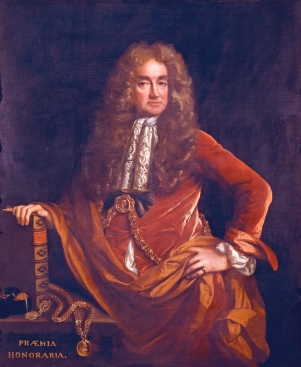 The last of the Lyon and Turnbull trio is this, really quite extraordinary painting (lot 40). ‘Attributed to- ‘ is good cataloguing. The inscription has some age to it, and Seeman isn’t a name people invent for no reason. He began as something of a prodigy – Lord Burlington was told to offer 100 guineas for an early self-portrait. This self-portrait painted when he was 19 shows his potential. 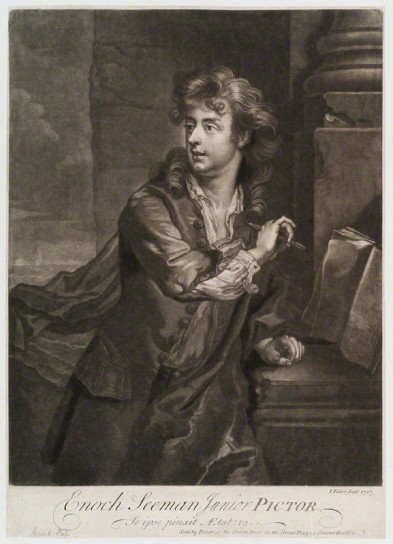 Seeman was always fashionable, but he didn’t keep up with his rivals; his later portraits are solid and conventional, and his paint has a look of coming straight from the tube, like later painters experimenting with pure colour. Could this be him pulling out all the stops at the end of his career? Whoever painted it, it’s one of the best, most intense portraits of the period I’ve ever seen, with the look of a self-portrait.  The effect is so modern, and the huge travelling coat gives him a look of ‘A Tale of Two Cities.’ The robust estimate, £5,000 – 7,000, reflects a superb painting, with a quality and importance of its own.

I’ll be interested to see how they sell. The Closterman is a straight-to-the-wall statement piece, and the Riley and the self-portrait-style Seeman are fresh to the market and in country house condition.