This week a friend very kindly sent me this article by Hilary Maddicott in the Burlington Magazine. This article, as Bendor Grosvenor pointed out in thursday’s AHN is free to download, a first for the Burlington and much to be encouraged.

Dr Maddicott’s article ‘Qualis vita; finis ita (such was her life, thus the end) The Life and Death of Margaret Lemon Mistress of Van Dyck’ is a truly remarkable piece of scholarship, about this woman, Margaret Lemon, mistress of Sir Anthony Van Dyck

Margaret appears in several of Van Dyck’s later paintings, and a drawing showing her asleep. She was famous in her day for being beautiful and fiery – in a row she tried the bite off the thumb of Van Dyck’s painting hand – but what happened to her after Van Dyck’s death in 1641, no one was quite sure. She seemed to disappear from the record, just before the Civil War broke out in 1642.

Dr Maddicott has discovered that Margaret Lemon was in Oxford where the King’s Court and army were based, with her lover Giles Porter. When Porter was seriously wounded in battle in 1643, Margaret Lemon believed he would die and shot herself.

This tragic story was forgotten by later generations, but – as Dr Maddicott discovers – at the time it must have been quite a sensation. It was reported gleefully in the Roundhead press, and used as the plot of Theophania, an allegorical Civil War romance written around 1650.

The revelation has dispelled a later tradition that Margaret lived to be muse and model to the next generation of painters. 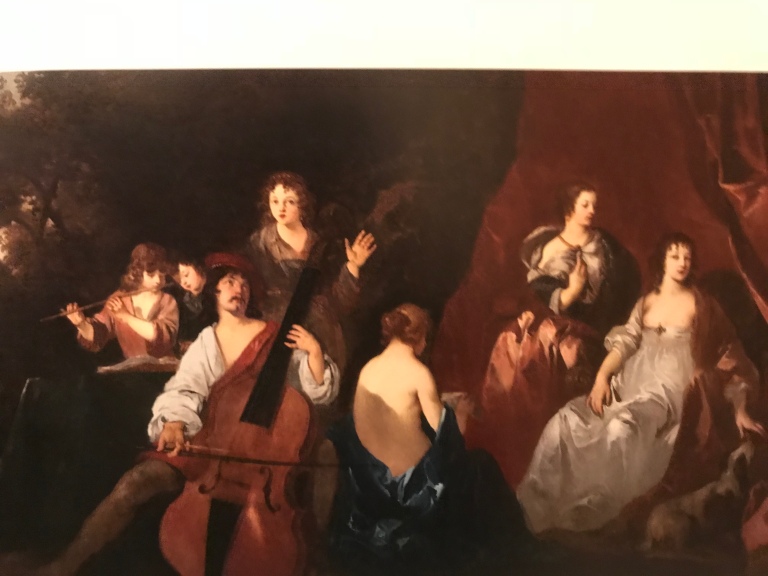 Convincingly so, I believe, comparing her with Van Dyck’s painting at the top. And with Dr Maddicott’s discovery, it looks (to me) that Lely has copied his likeness from Van Dyck’s portrait of Margaret Lemon, which he would have seen in the Royal Collection.

What does it all mean? In her superb catalogue to the recent Courtauld exhibition of Lely’s early work, ‘Lyrical Visions’, Caroline Campbell is also curious about the woman who is the focus of the  group’s adoration. She is presented like a goddess but seems mortal, and Dr Campbell writes m that ‘this painting raises more questions than it answers.’

In the light of this new information about Margaret Lemon, a second, less-well known painting dating from the same period in Lely’s career might hold the solution.

Many years ago when I was working at Historical Portraits, we had this beautiful little Lely panel, 12 x 10 inches in a Sunderland frame. An immensely  covetable picture, like a private devotional object, except that with her bare breast this lady was clearly no Saint.

The model is the same as the lady in the Courtauld Concert, but the iconography was extremely confusing. She was presented like a Saint, with a martyr’s palm and being crowned by a cherub. Saints are rarely bare-breasted though.

When I thought that Margaret Lemon was still alive after the Civil War, I assumed that it was a bit of mildly sacrilegious soft-porn. The fact that she was dead by then, and the way in which she died, puts this superb little painting in a whole new light.

The column broken in two at the left is an emblem of life and promise cut short. The halberd and armour are symbols of the war that took her life, but now they are set beneath her feet. She has triumphed over them, just as Saints sometimes rest their feet on the objects of their martyrdom. This is her Apotheosis, as Cupid himself crowns her with a Victor’s laurel as a Martyr to Love.

But if this is the case, why was Lely so devoted to her at this period? Perhaps he admired her beauty, her personality and her story, as a part of Van Dyck’s mystique. There is no doubt that Lely admired Van Dyck’s work, collected it voraciously and used it as model in becoming Van Dyck’s heir as Court painter. Though that is merely the nuts and bolts of a sincere and transformative emulation. The personal feeling that inspired these two early allegorical paintings must be heartfelt. They are an elegy in paint. Lely even appears himself as the man playing the bass viol in the Courtauld painting, though it is also true that he uses himself as a model in several early paintings.

A documentary source is still lacking to explain either painting, but the reattribution of a drawing in Paris makes an explicit link between Lely and one of Van Dyck’s portraits of Margaret Lemon. This drawing is illustrated in the Burlington article because it shows the complete extent of a portrait now missing the left hand. It was previously thought to be a preparatory study by Van Dyck for a painting now in a New York private collection. More recently it has been reattributed to Sir Peter Lely, and he must have copied it from Van Dyck’s painting. 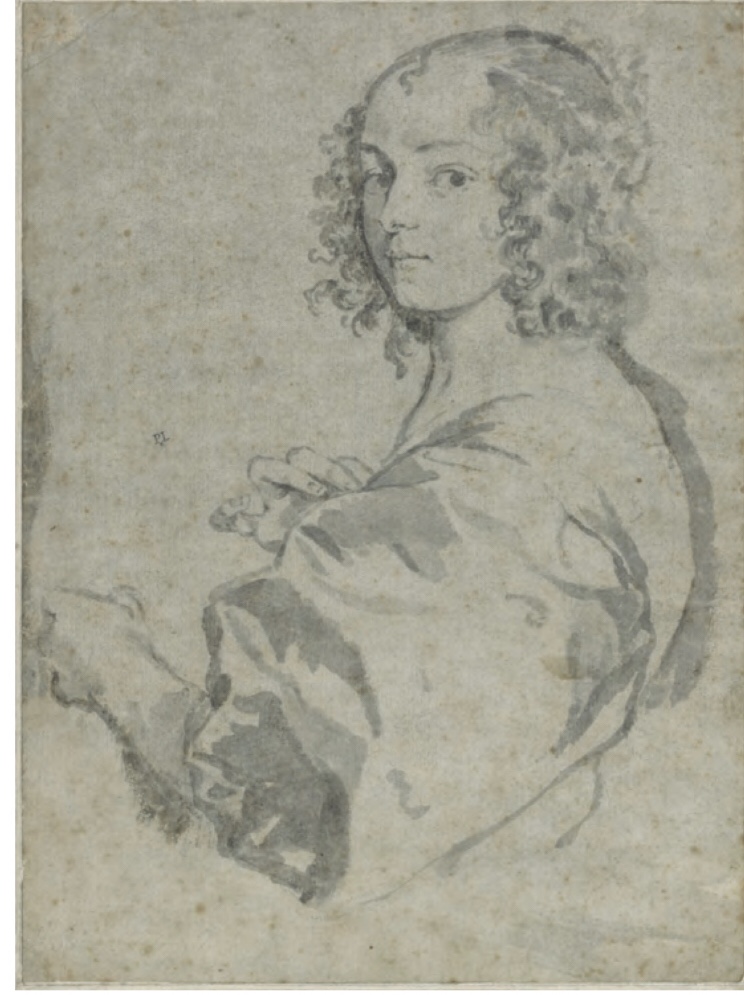 Update: A Lely authority has very kindly given me their opinion, for which I am extremely grateful, gently tempering my enthusiasm, by reminding me that despite the similarity between the Van Dyck of Margaret Lemon and the Lely subject, and the possibility that the two Lelys might use the same model, probably painted from life, however, rather than a portrait, that Lely’s likenesses in these early nudes are more generic than actual, and that painting Margaret Lemon as a Saint would be unlikely in the moral and social climate of the 1640s. It wasn’t the 60s!

One thought on “The Apotheosis of Margaret Lemon: a Lely enigma solved?”