Cadogan is on the spot in interesting times; in Egypt and Constantinople during the Turkish campaign against the rebel Beys, and in Cracow as the guest of King Stanisław August Poniatowski (1732 – 1798). Cadogan’s eye has been bad for a year now. After a horrific operation he plans go to a specialist in Vienna, but it would be ungrateful to leave while he is a guest, and he is on hand when the King returns from a meeting with Catherine the Great of Russia; Stanisław August relied on Catherine’s support, but from 1772 to 1795 Russia, Austria and Prussia took bites out of Polish-Lithuanian Commonwealth until it ceased to exist, and wouldn’t be fully restored til 1918. The recent attempt on King George III’s life that Cadogan reads about in the papers was Margaret Nicholson’s lunge with a desert knife. Just as in Alan Bennet’s play, King George said, ‘The poor creature is mad. Do not hurt her; she has not hurt me.’

I arrived here yesterday after a delightful tour through Greece, Egypt and Asia Minor; the Detail of which is too long for the Compass of a Letter. I have kept a Journal (such as it is) by means of which I can at any time recollect the most essential parts. I found four Letters from you on my arrival here, and am very glad you and Mrs Cadogan continue to enjoy each other in the way you speak of. God send you may ever do so.

The Plague was dreadfull in Syria this year, and killed the half of the Inhabitants of Jerusalem and the adjacent places, which rendered it impossible for me to execute that part of My Plan, much to my Sorrow; however every other has fully answered. The Site of Jerusalem is nearly the old one, and there is reason to believe that what they shew as the holy Sepulcre was the true Situation at least of it. But any thing I can say with regard to this Matter is very unsatisfactory, not having been able to go there and take a touch as I intended. I can easily imagine how curious Willets’s remarks must be. I lament poor Caversham but alas! quel Remede! It ne faut plus y penser.

The Captain Pacha is is gone to reestablish the Ottoman Government in Egypt, which tho’ very imperfect is better than none. He has done wonders in reducing the Beys, and they entertain great hopes of his subduing them. The poor oppressed Arabs all joined him. Such are our Politicks. I see by the Papers there has been an attempt on the King’s life.

I have had a weakness in my right Eye for some time, and if it d’ont get better shall go strait to Vienna for Adrico, not by the way I came, but through Wallachia, Moldavia, and lower Poland. If it mends I shall take a look at the Crimea, which will retard my getting to Vienna about six weeks viz: till the middle of December. I shall stay a week here under our Ambassador’s hospitable Roof.

My Love to Mrs Cadogan, and best Compliments to Vatas, Loveday, etc. I hopedyou received my Letter from Alexandria.  Direct your next à la Poste restante à Vienne en Autriche, and believe me Dear Brother ever your most affectionate.

I can easily conceive how uneasy you must have been at not having heard from me so long, and I have deferred writing to you owing to my wish of giving you a good account of my Eye, with which I have undergone not a little. I am luckily in able hands, and as I have thorough Confidence in my Oculist, have every reason to expect a Cure, tho’ I must yet undergo two months Confinement at least. The Cornea of my Eye was ulcerated all round, and formed a hard spot over it like a Skin, which I was obliged to have cut through in 4 different places, with a Lancet, immediately after which my Oculist went to Warsaw, and only came back yesterday. I waited his return in order to write to you, and am happy as you may well imagine at the prospect (tho’ distant one) of a cure.

Your account of your journey to Scotland in your last pleased me much, and the more so as you met with Simpson at Lord Leven’s, and found the old hospitable Landlord at Dupplin so well. I assure you my Plan is to take the tour of my own Country, after having satisfied my Curiosity on the Continent, and wish nothing so much as to have you for my fellow traveller on that occasion. I have I assure you found no Country I like so well as my own. But God forbid that you should ever pay so dear for any of your tours, as I have paid for mine into Turkey, even tho’ I have every reason to flatter myself with a Cure. Pray remember me kindly to Mrs Cadogan, who must have been highly delighted at seeing her native Country.

I was surprised at the Account of Willets’s Death, tho’ I hope Vatas, Loveday etc. are, and will be alive at your receipt of this Letter, to receive my Hearty good wishes, and kindest Compliments. You will be able to give them an account of me, and I shall be much deceived and disappointed if I d’ont give you a good future account of myself. From your most affectionate Brother and sincere well wisher CH Cadogan

I am favoured with your’s of March 6th, and I hope you received mine of the 10th Ditto. I deferred writing to you from time to time in hopes of being able to give you a tolerable account of myself, and was very sorry not to be able to give you a better one than I did. Can there be so dreadfull a Misfortune as to lost one’s Eyes? I assure you I have often wished I never had been in Turkey and Greece, notwithstanding the many things I have seen worthy of Observation; and shall never have Resolution to return to see you unless I am fortunate enough to recover my Eye, which however I have great hopes of in the Course of in the ensuing Summer. It was as white as the paper I write on when I first came here, but is now getting little by little to it’s natural Colour. I am in the Hands of a very good Young Man, who has the best of Hopes.

I told you in my last how glad I was that you had had so agreeable a tour into Scotland, that You had seen Simpson, and that Mrs Cadogan to whom I beg my Love derived so much benefit from her tour. The King will be here in about a Month, and as the weather now gets fine, I shall be able to go out to see him, and also to go to Tarnow in July for few weeks, after which I hope to give you so good an account of my Eye, as to be able to go to Vienna, where my English Carriage and all my Baggage are in the hands of Sir Robert Keith, and where I have long wished to be; but alas! in Vain.

It will allways be a great pleasure to me to hear from you, and especially as you allways mention how happy you live with Mrs Cadogan. Give my best Compliments to Vatas, and Loveday as well as all our Other friends that are left, and believe me Dear Brother your’s ever Most Affectionately CH Cadogan

I am now on the Eve of leaving this place, where God knows I have had an unfortunate Residence enough. I should not have deemed It so, could I have got my Eye cured; but alas! if not quite blind in one Eye I shall make my last Effort for a Reestablishment at Vienna, where there is a famous Oculist to wit the Emperor’s who being subject to Inflammation in his Eyes, has him there on purpose to attend him. If he fails, I shall give it quite over.

I would go directly to Vienna were it not for the excessive Civilities I received from the King of this Country during his late Residence here. He is one of the first Men I ever saw, and was very intimate with poor Stanley, of whom he talked to me a great deal. He passed about three weeks here after his Interview with the Empress of Russia, and set out for Warsaw about ten days ago. Dining with him almost every day while he was here was only a small part of his attention and Politeness to me, and therefore you can better imagine what it was, than I can describe it to you. I therefore think that you’ll agree with me in the Opinion that I should be extremely ungratefull if I did not go to Warsaw in order to congratulate him on his safe return; and shall accordingly set out for that place tomorrow, where I shall stay about a Month, and from thence come back here in my way to Vienna, where I hope to find a letter from you, about the beginning of September. The King has given me the kindest of Invitations to his Capital, where I am also sure of being Capitally received by him.

[Virgil Eclogues 1.59-63 translated: Not til the nimble deer feed on air, Or the seas cast up their fish naked on the shore, Not til the Parthian drinks from the Saône, and the German from the Tigris, Wandering the limits of each other’s land in exile, Will his face slip from my heart.]

So much for his dear Majesty.

I have been to day all over the famous Salt Mines, of which I hope to see you (at least with one Eye) and give you an account of among many other things one day or other. They are about six miles off, but belong to the Emperor. I had a charming day and a delightfull drive.

I beg my Love to Mrs Cadogan, and all friends that are left in the Neighbourhood. I wish I could give you and them a better account of my Eye, which I am sadly afraid I shall lose; and if not, shall never have the use of it, as I had before my Disaster.

Indeed I have acquired the acquaintance of the King of Poland, who is without dispute in every Respect one of the first men in Europe by it. Tho’ even this is but a poor Recompense. Indeed the misfortune is inestimable as well as irreparable, and God preserve you from the like. I suppose you stay this year quiet at Reading, as you was so long absent from home last year. There is great promise of Plenty in these parts, where we have had very seasonable weather, but after a very long and Sever Winter which you wrote me word was quite the Reverse in England.

Having now given you every Material Anecdote concerning myself tant bon que mauvois I shall conclude by begging you to give me in your next any little interesting anecdote of our friends if such exist, if not, I shall be extremely happy to hear at least that you and Mrs Cadogan are well and continue to enjoy one another as usual. I shall allways be quite happy to serve you on the Continent on all occasions, and believe me dear Brother ever your’s most affectionately CH Cadogan 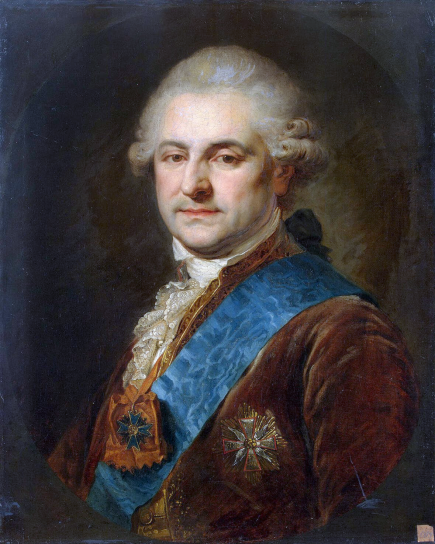 One thought on “Dear Brother,’ the unpublished letters of Charles Cadogan. Part 4: Alexandria to Cracow (September 1786 to July 1787)”