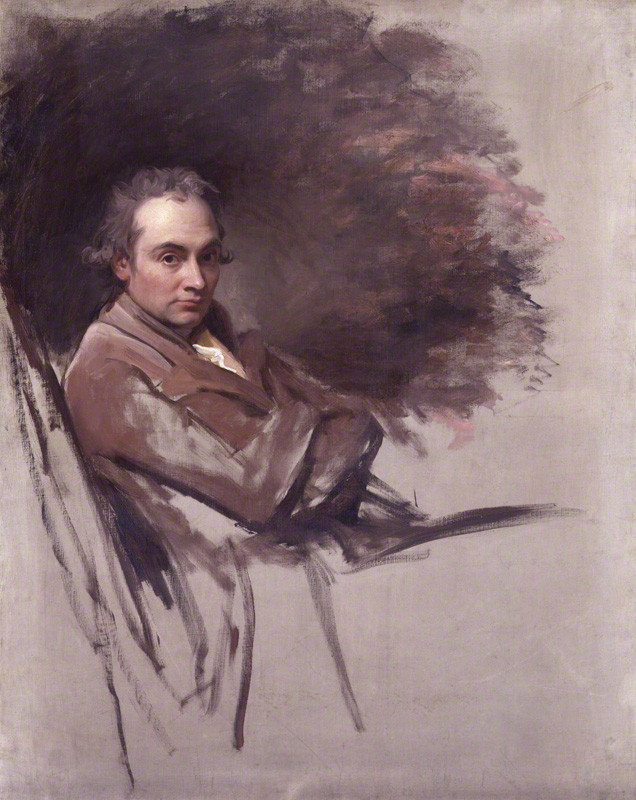 A while ago, Zak and I bought this pen and wash drawing from an auction along the coast. 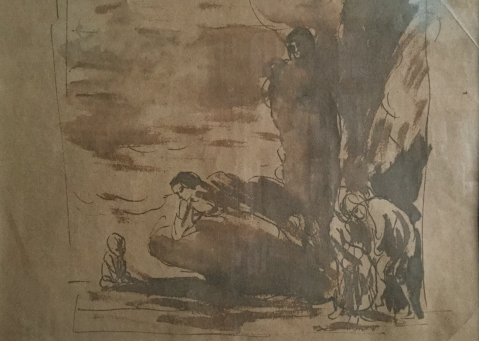 There was one other lot in the sale which interested me, a small drawing attributed to Stanley Spencer, which looked like a study for The Resurrection, Cookham (Tate Britain). Certainly it had someone hauling themselves out of their grave. The possible-Spencer was withdrawn, but to my relief this drawing wasn’t, and we bought it quite cheaply as a Nineteenth Century figure group.

I’d been so keen to buy it that we had an elaborate safety plan in place if we couldn’t get to the sale. Dad was watching the sale online at home and would bid if we weren’t able to. When we rolled up in good time I went to call him and found there was no signal. A black sail from Crete. Total communication disaster. We could end up bidding against each other. In fact sense prevailed and Dad assumed that no news was good news. Even so, when the hammer went down and Zak held up his paddle number, I was folded up in my seat by a flash of adrenaline pain.

Expert opinion soon confirmed that it was by George Romney (1734 – 1802), the Georgian portraitist who also produced an extraordinary series of drawings. Some illustrate literary subjects that interested him – Classical myth and Shakespeare were favourite themes, especially scenes from The Tempest – but others are less fathomable; brooding subjects whose psychological intensity seems to prefigure Edvard Munch. Our drawing seems to date c.1780, comparable with the broad handling of the body in Romney’s portrait of a lady with a lyre (formerly called Lady Craven, Private Collection exhibited NPG 2002; Alex Kidson catalogue pp154 – 155) and anticipating the close-hatched intensity of the late drawings in the 1790s, and allusive scenes such as this painting: 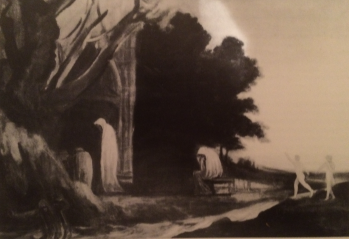 The subject of our drawing is also unclear. A baby is doted on by its mother while two older children stand together in the shadows. If they have been usurped, the drawing could be an illustration of jealousy, in which case the sinister cloaked figure to the right could be the ghost of the lady’s first husband or the figure of her second.

Romney is well know to have suffered from depression; the dark mood of many drawings may open a window onto his own mind, but they also remind us that Romney was a very modern artist. With his younger contemporaries, Henry Fuseli and William Blake, he is among the first British painters to explore themes of the subconscious and the irrational.

One thought on “Jealousy? A new drawing by George Romney”