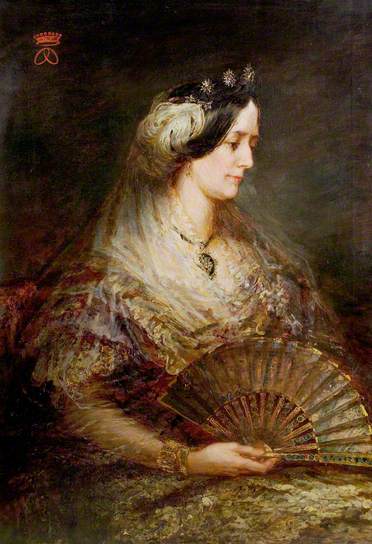 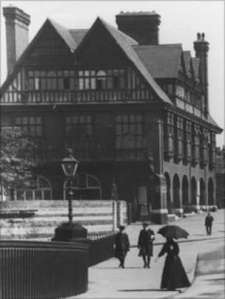 Lady Ossington built the Coffee Palace in 1882 as a hostel for travellers, and in the words of the founding deed ‘in a crusade against the demon drink.’ No alcohol could be served there. Lady Ossington managed it as a teetotal establishment until she died seven years later. 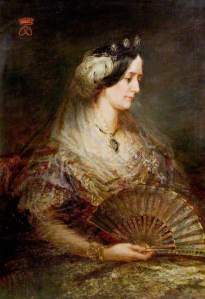 This portrait of Lady Ossington hung on the Coffee Palace’s wall, so she continued to preside over it long after her death. Until the 1960s, in fact, when it was decided that the hostel was a commercial business not a charity. In 1978 Lady Ossington’s descendants sold the building, when it was converted to a bar. At this point, when her beloved temperance inn had become a boozer,  strange things began to happen. Lady Ossington’s portrait would crash down off the wall as if in protest, and people started to say the portrait was haunted. The Coffee House is now an branch of Zizzi’s Italian restaurant, and Lady Ossington’s portrait is in museum storage. It seems a shame. But it’s a reminder of the magical power of portraits, the way that they seem to contain the essence of their sitter as well as their appearance.

I have two paintings here; both by the same artist, and painted within a year or so of each other. One is an unidentified man, and the other is – I am certain- a self-portrait. The authorship is undisputed. The identity of each sitter is presently unprovable, because I haven’t found another comparative of either of them. It’s tantalising to know that they must have met, and would have spent several hours together at least, chatting in the artist’s painting room. Each one holds the key to the other’s identity. But how to unlock it? They’re hanging in different rooms at the moment, but part of me wants to hang them together overnight, and sleep on it in the hope I will dream the missing piece in each puzzle, as if I’ve overheard it like a murmured conversation from another room.