The other day I was reading about this exhibition at the Museum of Fine Arts Boston Goya: Order and Disorder. It looks superb, and – as I’m unlikely to be in the States before it closes on December 28th – I’m sorry it’s not travelling. 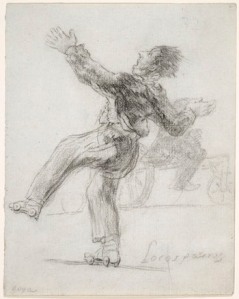 This is very early for roller-skates, I thought. And a quick check on wikipedia seems to agree. Roller-skates appeared on the London stage in 1743, but the first man to put his name to them was the inventor John Joseph Merlin in 1760, painted here by Gainsborough. 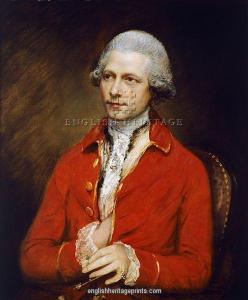 Merlin’s skates – rather difficult to steer and very difficult to stop – had four wheels in a line like rollerblades. And the official history of skates has them evolving along the rollerblade model until the New Yorker James Leonard Plimpton invented the four-wheeled quad skate, the ‘classic’ roller-skate, in 1863. Except that Goya clearly saw an early quad skate in Bordeaux in the 1820s.

The Bordeaux sketches show Goya’s interest in a number of ingenious wheeled vehicles. There is a primitive bicycle in the background of Locos Patines and a drawing in the National Gallery of Art, Washington, Mendigos q.e se lleban solos en Bordeaux (Beggars Who Get About on Their Own in Bordeaux) shows a man in an early wheelchair.

It’s surprising, since the technology is so basic, that skates didn’t appear even earlier than this. It’s probably just an accident of fate that the Stuarts, the great inventors of indoor games, didn’t discover them for exercise in the long galleries of their country houses. But predictive text has just given me the answer. As I was typing ‘didn’t’ the computer suggested ‘dignity.’ And this is true. Until Plimpton invented steering and a brake it was impossible to skate with dignity.

Merlin may have scored only half a point for his inline skates, but he was a brilliant inventor of mechanical musical instruments and automata. His best-known works were made in collaboration with the clockmaker James Cox, who created the Peacock Clock for Catherine the Great, now in the Hermitage. Together the two men produced Cox’s Timepiece, now in the V&A, a clock that harnesses changes in atmospheric pressure to wind itself, and the beautiful Silver Swan at the Bowes Museum in Durham. You can see it working here, and it is eerily lifelike. 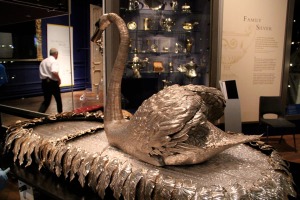